If you were asked to name your key priority as a RevOps leader, what would it be?

Maybe you’d pick change management, or championing data-driven decision making. And those are very real, valid objectives for any organization worth its salt.

But chances are, you’re going to name cross-functional alignment and buy-in as your #1 goal. In other words, enabling siloed teams to work together on tools, targets, and data insights.

To measure your success in meeting this goal, you’re going to need a north star metric. Look no further than Net Dollar Retention (NDR).

Let’s back up and address some important questions first:

Why is it crucial to unite Sales, Marketing, and Customer Success teams?

It is so important to create a shared vision for your departments simply because this is the easiest way to meet revenue goals.

RevOps was born out of the need to formally unify systems that were already being shared, although inefficiently.

Why is shared data the way of the future?

The last decade or so has seen the rise of data. Buzzwords like "KPI" and "AI" are thrown around, and data analytics has gone from an elite career to a must-have skill in almost every function of the business.

Ask yourself: at what point does data become noise?

As a RevOps professional, it’s your responsibility not only to identify your org’s KPIs, but also to standardize them. One of the biggest challenges fast-growing companies face is data disparity between teams, which leads to limited analysis and gaps in customer insights.

There's a sea of metrics to track, but it's so easy to lose sight of why it's important to be data-driven in the first place. You are empowered when you act on your insights from data.

By focusing on metrics like NDR, you create a single source of truth for your stakeholders - simply because NDR is a reliable metric that covers multiple aspects of the business.

What is Net Dollar Retention (NDR)?

Net Dollar Retention is the percentage of revenue you retain from existing customers, including expansion revenue, downgrades, and cancellations.

You might have heard of Net Dollar Retention referred to as Net Revenue Retention or Net Negative Churn Rate. They’re all the same metric. And they all have a really, really long formula at first glance.

It’s much easier to remember the NDR formula broken down into its components:

Here’s an example to illustrate how you would calculate NDR:

How to calculate NDR

At the beginning of the month, Sales reported $500,000 recurring revenue. During the month, your company managed to upsell and earn $20,000 in expansion revenue. However, you also had $5,000 worth of downgrades, and $10,000 of cancellation.

Once you have the basics mastered, you can dive into the actual benefits of tracking NDR.

How to capture cross-functional success with NDR

When putting together key metrics for your org to depend heavily on, NDR should feature in your top 5 list. This is because NDR captures so many aspects of the business relevant to each of your stakeholders:

At the very least, NDR represents:

Reread this list through the lens of the players it would impact, and you'd arrive at Sales, Marketing, and Customer Success. Seeing a pattern?

The benefits of tracking NDR as a high-performing RevOps team

One of the key benefits of tracking NDR is the stability and reliability of the calculation. When you’re on a mission to champion a shared vision for your company, a great place to start is with a metric everyone can agree on.

NDR is the perfect north star metric for your team because you can cover retention, expansion, cost savings, and product-market fit with a single number.

Read through a few benefits of NDR as your team’s north star metric:

NDR is a good replacement for churn

You should always be able to detect early warning signs of declining health for a variety of factors. However, those signs can be somewhat diluted by metrics like churn rate, which is a lagging indicator measuring damage that has already taken place.

Here’s an example to reinforce this concept:

If you track MRR churn as your primary KPI, all you see is the $7k lost month-over-month.

But with NDR, you know that you’re actually bringing in $20k expansion revenue to soften the impact of that $7k churn.

On the flip side, low churn rates can mask poor growth rates unless you track a metric like NDR as well.

When you share these numbers with your stakeholders, they take away a couple action items: reducing churn but also bringing more of the value prop that drove expansion and retention in the first place.

NDR is a solution to the perils of high CAC

Did you know that customer acquisition costs are the highest they’ve been in 6 years?

The reasons are plenty; market saturation, availability of information, abundance of venture dollars to fund sales and marketing, and the high cost of standing out.

Given this trend of high CAC that is unlikely to decline in the near or mid future, it’s no longer sustainable to completely rely on marketing- or sales-led growth models, especially in SaaS.

Your product needs to drive your growth. Period. Your team can be the driving force that inspires the adoption of product-led growth for your business.

And NDR can spark the conversation that refreshes your company’s approach to traditional sales and marketing.

What is a good benchmark for NDR?

The general consensus for a good NDR benchmark is at least 100%. High-growth companies score around 120% NDR, while a realistic median NDR for most companies hovers around 100% to 105%.

Of course, you’re going to see a lot of variance, mainly depending on your customer type and ARR scale. Here are key learnings on NDR benchmarks from OpenView’s 2020 Expansion SaaS benchmark report:

The best of the best NDR benchmarks come from extremely high-growth SaaS firms such as Snowflake, with a whopping 158% NDR.

Limitations of tracking the NDR metric

While NDR is a powerful metric to add to your repertoire, there are a few factors that can be easy to overlook. As you guide your company along on the path to measure success with NDR, keep the following dangers of tracking NDR in mind:

NDR finds what works and helps you amplify that success

The NDR metric, with all of its flaws and limitations, can help you isolate successful cohorts and share those learnings with the wider business.

That's a sure fire way to act as the sole voice of reason the rest of the company can gravitate towards.

Careful selection of key metrics such as NDR can set you apart from competitors by backing your growth strategy with sustainable measures of success.

And you don’t have to do it on your own: say goodbye to the nightmare of spreadsheets and explore the Pigment business planning platform to simplify your reporting, cross-functional collaboration, and cohort analyses.

Learn how to reduce uncertainty in turbulent times 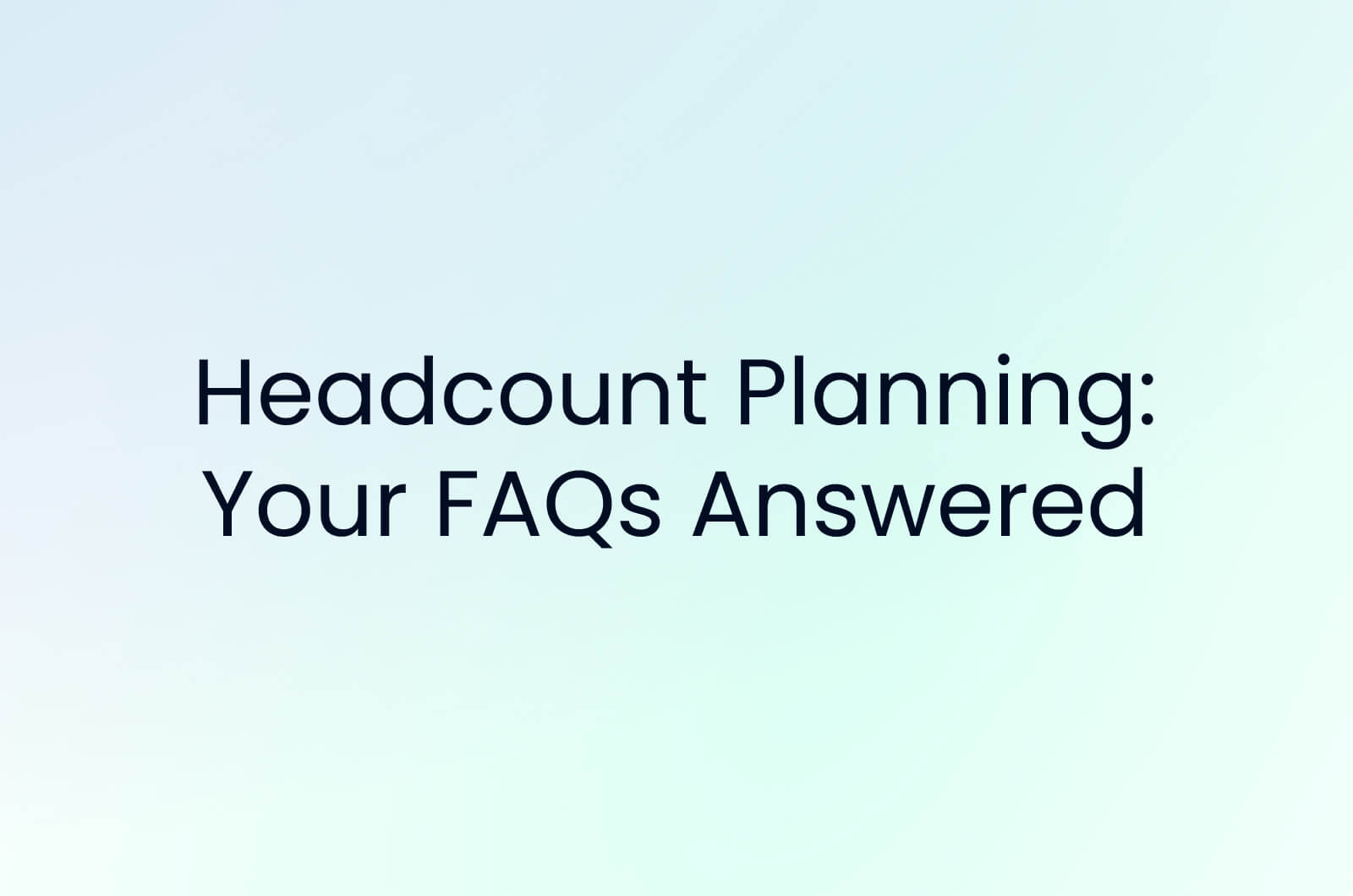 Your Most Frequently Asked Questions on Headcount Planning Answered 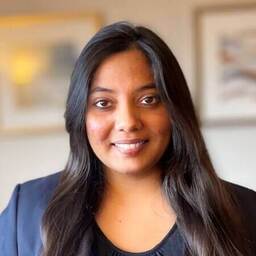 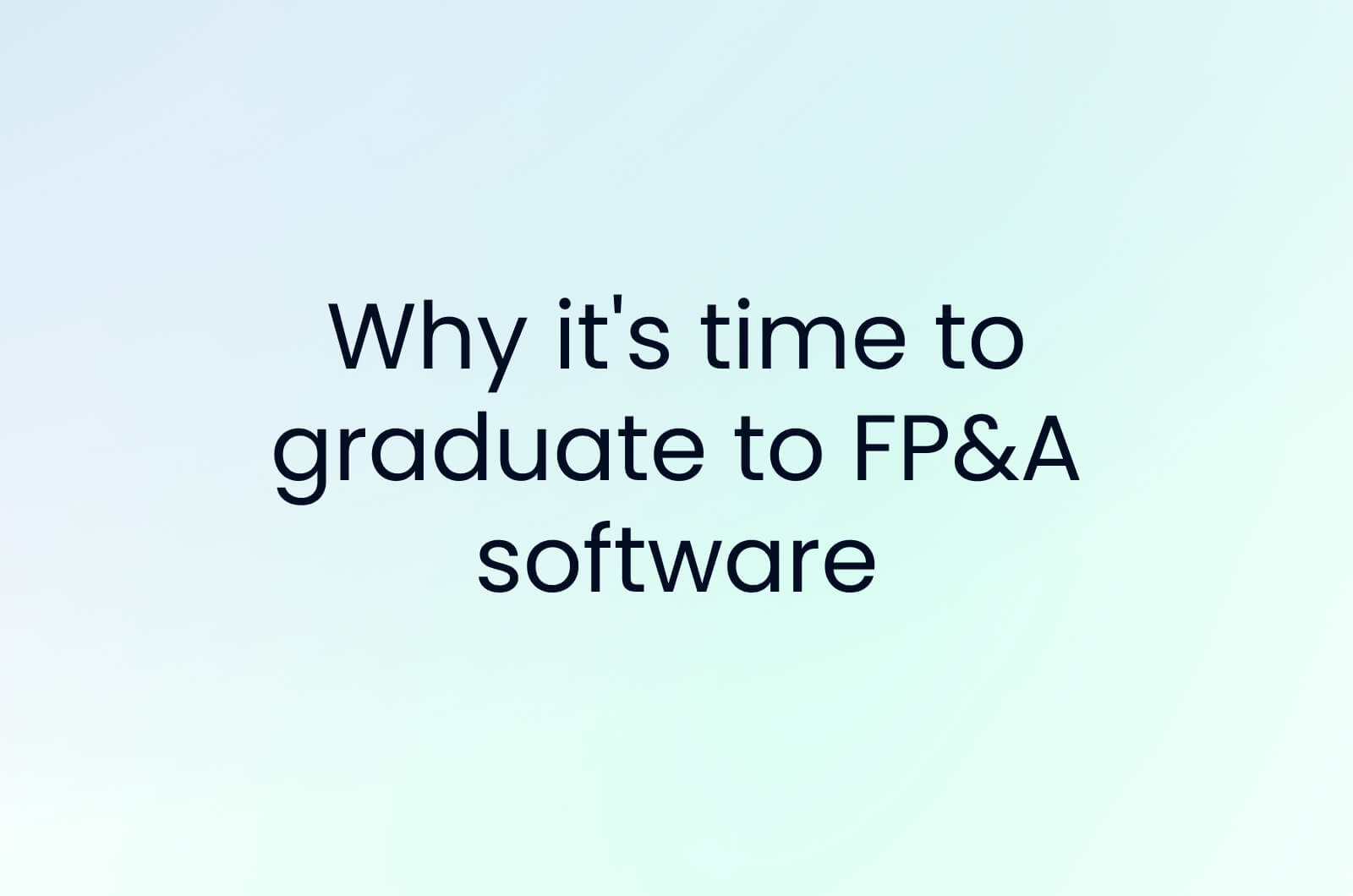 Why it's time to graduate to FP&A software 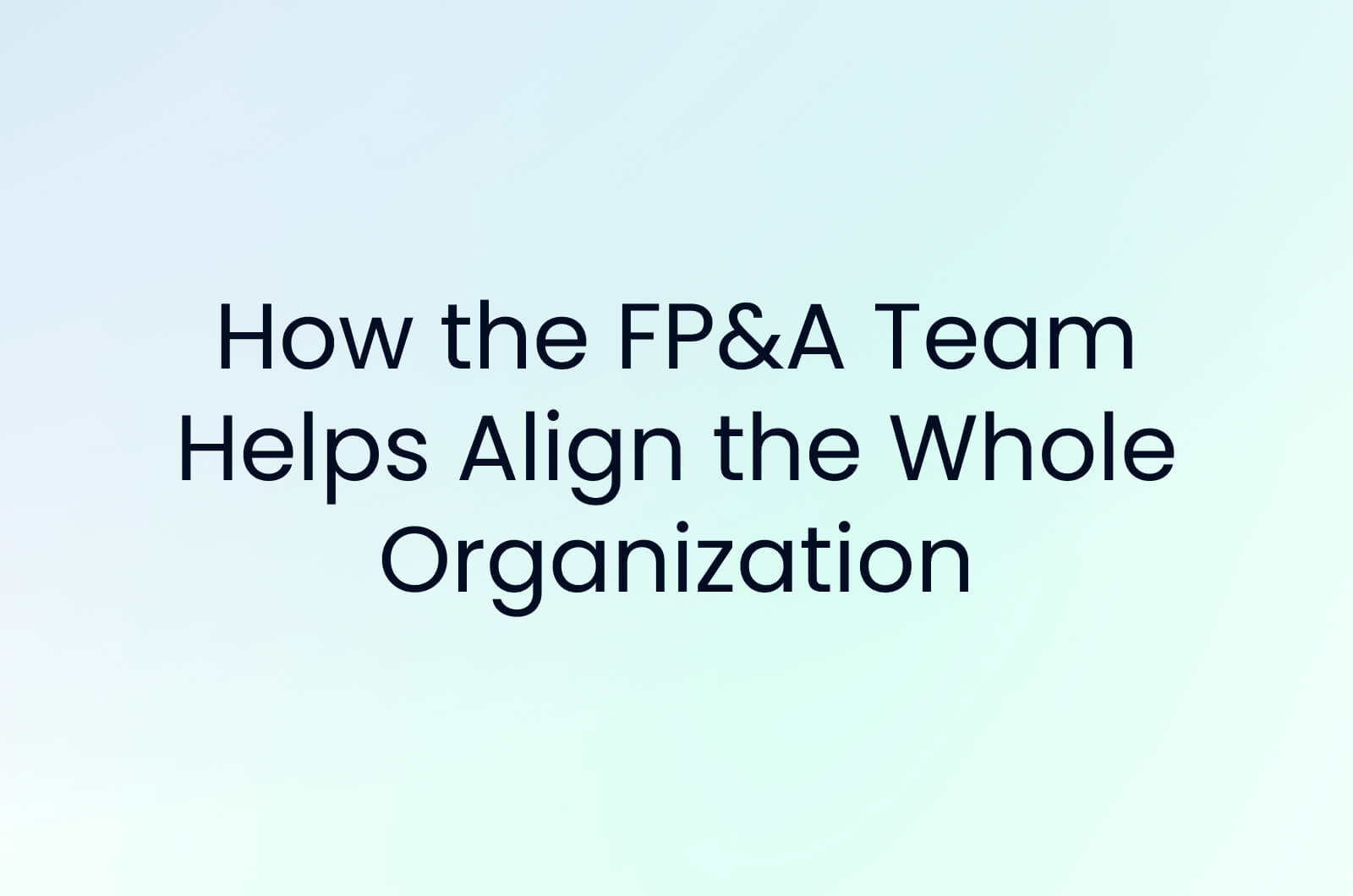 How the FP&A Team Helps Align the Whole Organization 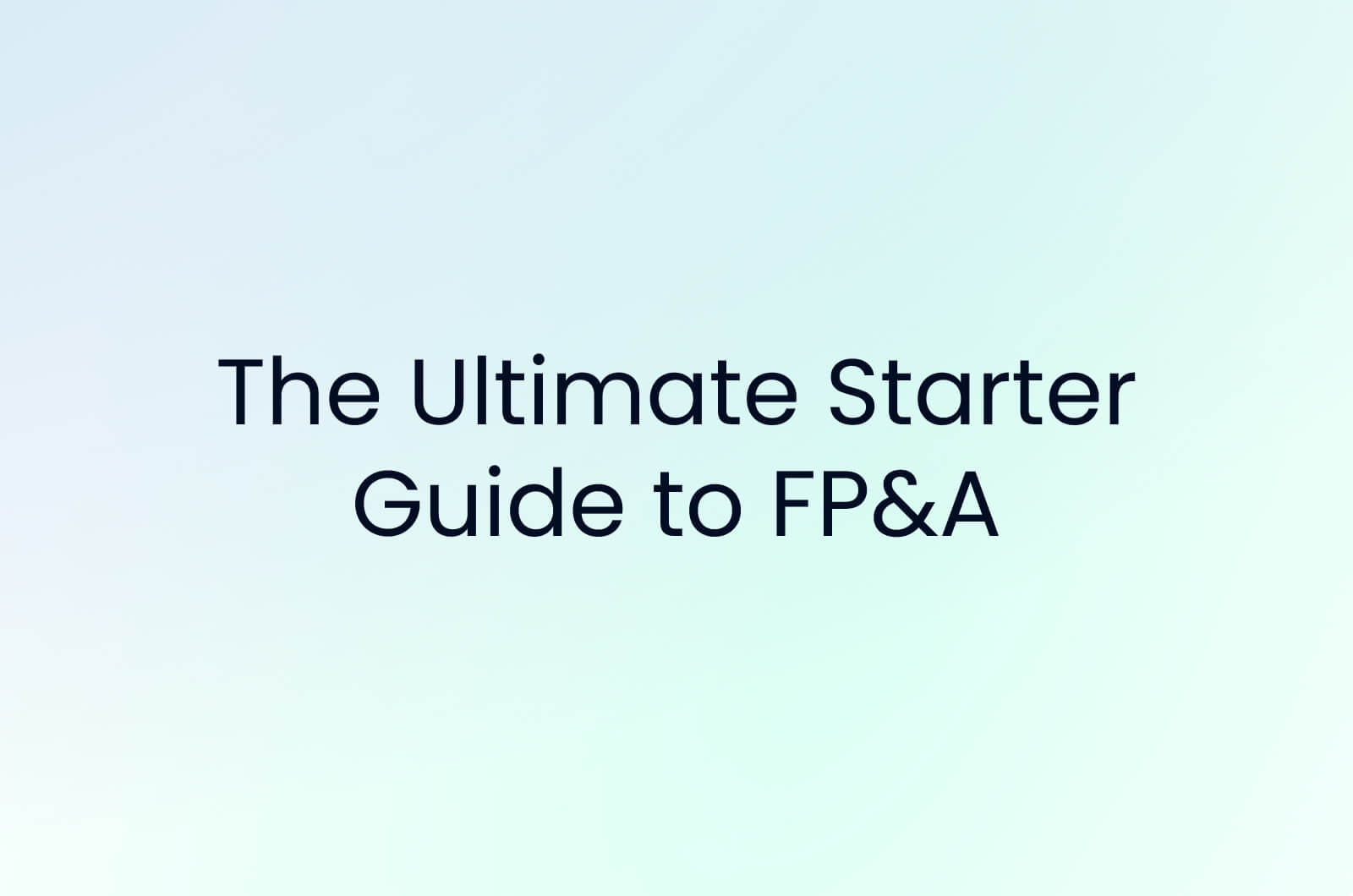 The Ultimate Starter Guide to FP&A